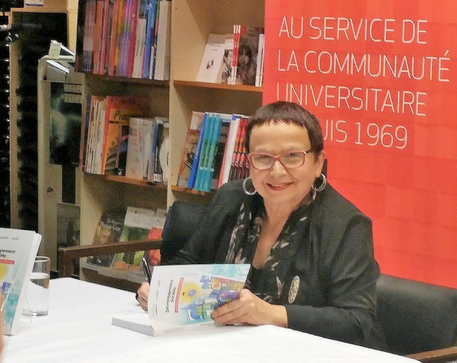 Founding president of the SUSTAINABILLITY|COMMUNICATION Group, and previously an associate professor at Université du Québec à Montréal, Solange Tremblay is considered a pioneer in research-expertise on sustainable development communication in Canada. She co-created the first Canadian graduate program in CSR, based on the twofold perspective of communication and management sciences (2009). She co-led the North American part of the Global Survey for Sustainable Lifestyles developed by the United Nations Environment Programme (2011), the first in-depth global study on this topic. She is the author or co-author of several publications and studies, including the books Développement durable et communications - Au-delà des mots, pour un véritable engagement (2007) and Développement durable - Une communication qui se démarque (2018), until then the only books published in Canada on this important communications issue. The conference she led on this topic in 2006 was the first contribution of Quebec communicators to the implementation of Quebec's sustainable development plan.  She is the instigator of the Declaration of the Communicators and Public Relations Professionals of Quebec on Sustainable Development , an internationally recognized commitment signed by professional communication associations in 2006. A founding member of Public Relations Without Borders in 2007, she proposed its inaugural missions and led their implementation. She was also closely involved in the creation of the Public Relations and Marketing Communication Chair at UQAM (2001), where she created and directed the Centre for Sustainable Development, Ethics and Communications (2003-2010), now known as the  Sustainability|Communication Group. She also played a key role in the development of links between the professional community and academic institutions in Quebec and was directly involved in the creation of the first Bachelor's degree in Public Relations at UQAM in 1996.